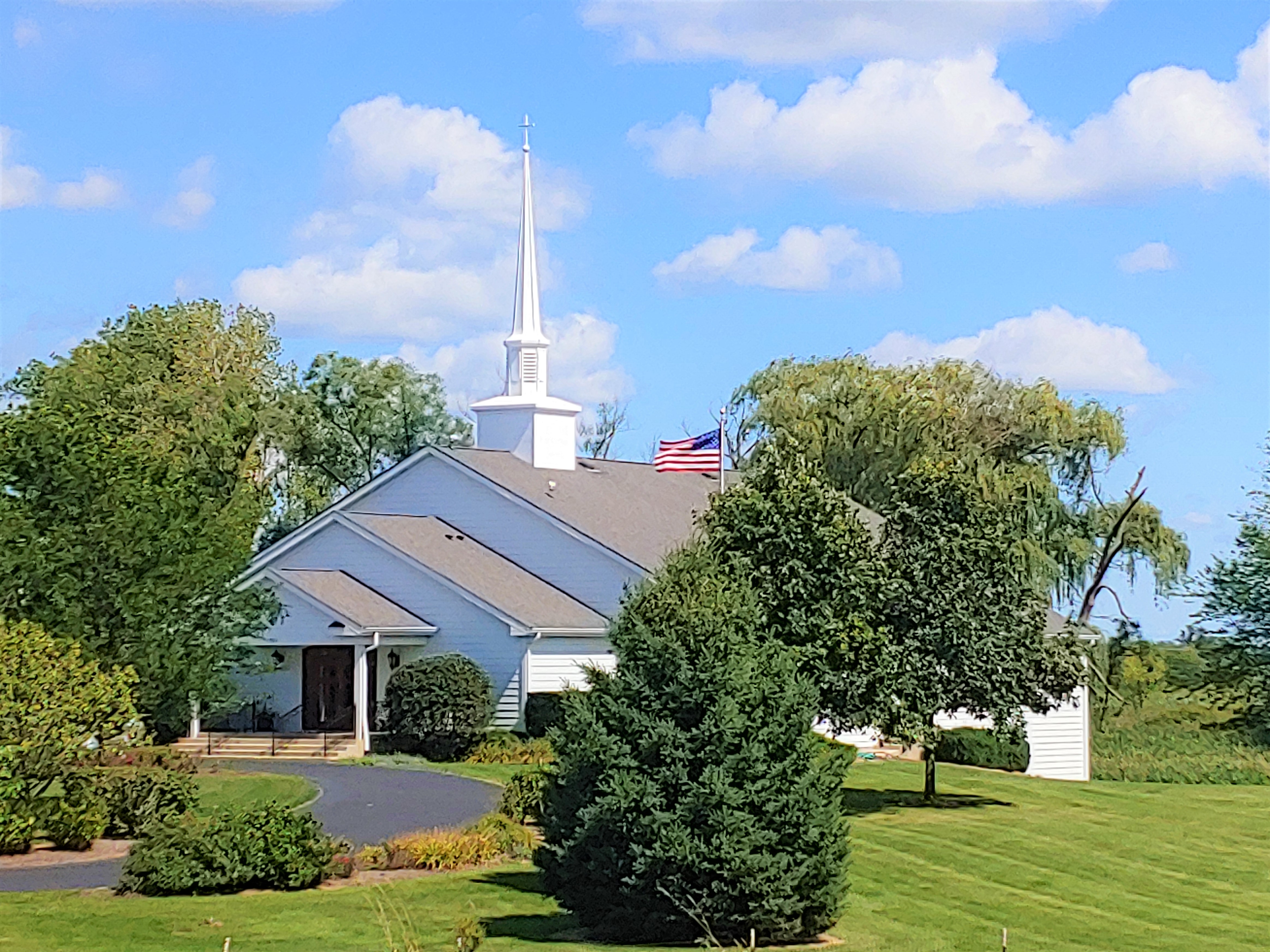 "Therefore, since we are surrounded by such a great cloud of witnesses, let us throw off everything that hinders and the sin that so easily entangles. And let us run with perseverance the race marked out for us, fixing our eyes on Jesus, the pioneer and perfecter of faith. For the joy set before Him, he endured the cross, scorning its shame, and sat down at the right hand of the throne of God."
Hebrews 12:1-2 (NIV)

The Story of Beautiful Savior

“Fixing our eyes on Jesus…” is the encouragement and motivation that the author of Hebrews offers to us as Christians in a world so filled with the destruction and hate that sin entangles into our lives. And it is with this encouragement that the foundation on which Beautiful Savior Lutheran Church (BSLC) has been established continues to motivate its people to be witnesses to the testament of Jesus Christ. 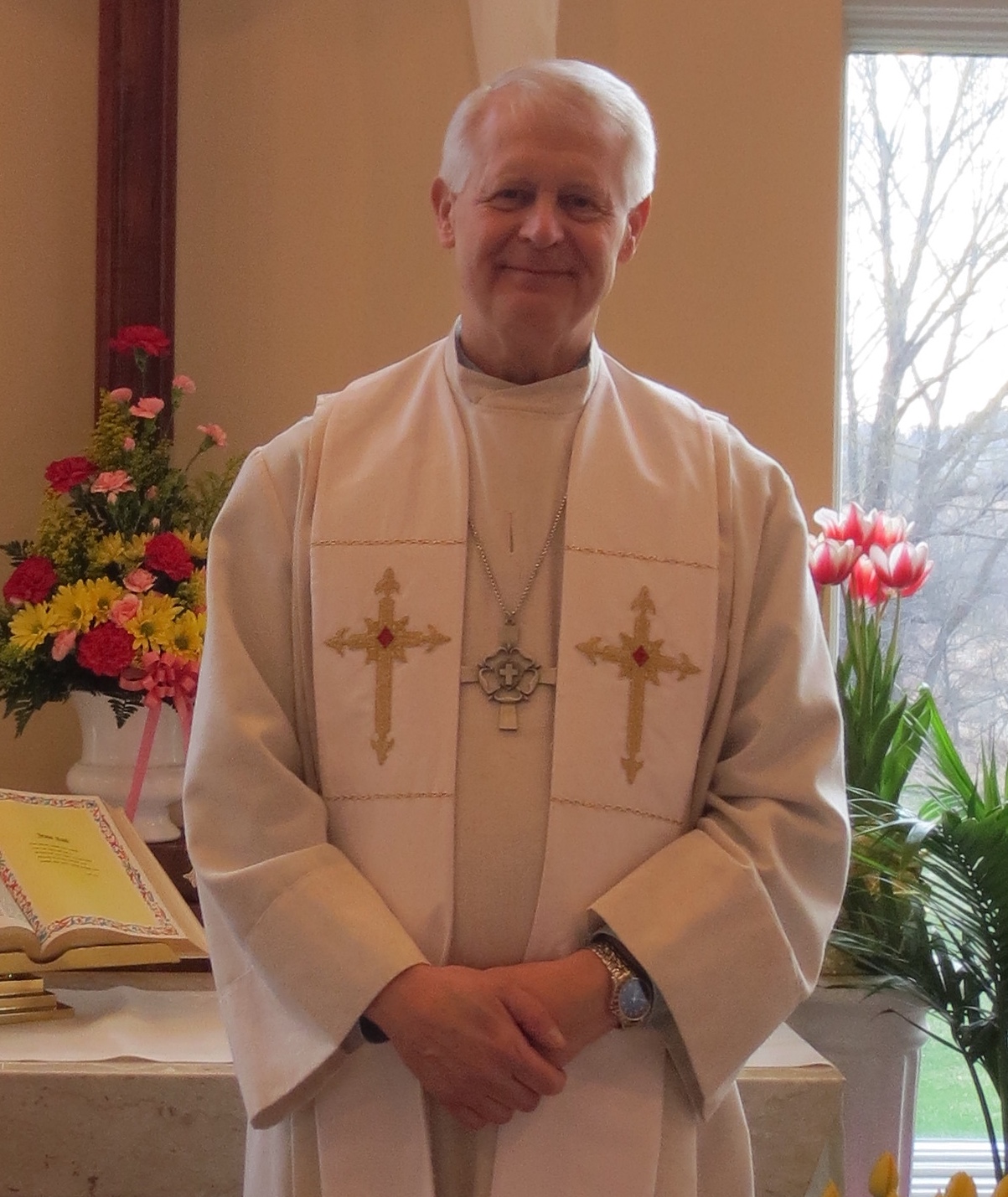 And so it goes that it was in the spring of 1996 that a small gathering of Lutherans began worshipping together in the living room of Gary & Diane H. along with Rev. Darald Gruen and his wife Sharon.  It was there that the first conversations began on beginning a new Luthe3ran congregation in the Antioch area if Illinois.

But how does one start a new church? Theology, history, music, practice, name, location, and the Word of God – all this was a part of the discussion. Agreement on a foundational Christian theology and teaching was unanimous including the Trinity, the Sacraments, creation, the death and resurrection of Christ, and the inerrancy of the Scriptures. It was shortly after these discussions, and considerable prayer, that the congregation of BSLC was established independent of any larger church bodies or synods.

Yet the scriptures call us to be united with others in belief and practice. It is for this reason that the new congregation of BSLC encouraged Rev. Gruen to seek out the Lutheran Church – Missouri Synod (LCMS). In doing so, it led to Rev. Gruen to being colloquialized to the roster of the LCMS in December of 1996.

With Rev. Gruen receiving guidance and encouragement of the LCMS, BSLC began recognizing the value of being a part of a larger church body. The congregation invited pastors and leaders of the Northern Illinois District (NID) to visit with them and discuss the dynamics of becoming a congregation within the synod. Having the spiritual and theological quality that BSLC was looking for, and already being united with the LCMS in doctrine and practice through Rev. Gruen, the congregation applied for full membership as a congregation to the LCMS and on March 20, 2000, BSLC was officially recognized as a new congregation of the synod. Charter Sunday was May 14, 2000, and the NID President, Rev. William Ameiss, welcomed the young congregation into the beginning of an official new edict of Word and Sacrament ministry led in Jesus Christ.

Filled with zeal and determination, the congregation found many different places to gather in the early years – homes, fire stations, community centers, a Baptist church, a Methodist church, an Episcopalian church, and a two-car garage have all been used. As a result of the informality of many of these locations, the congregation has always maintained a relaxed and family-oriented quality.

Both traditional and contemporary worship was explored and appreciated. This led to a blended style of worship that has, today, become a part of the identity of the congregation. Along with this, the congregation adopted a unique gathering of the Lord’s wealth to provide for the congregation’s financial needs through the faithful giving of its membership; that is: to never ‘pass the plate’ but to gather in confidence what the Lord provides. This has served the congregation well to be independent of outside sources.

As BSLC began to grow, it became increasingly clear that a permanent worship facility was needed to provide consistency for its 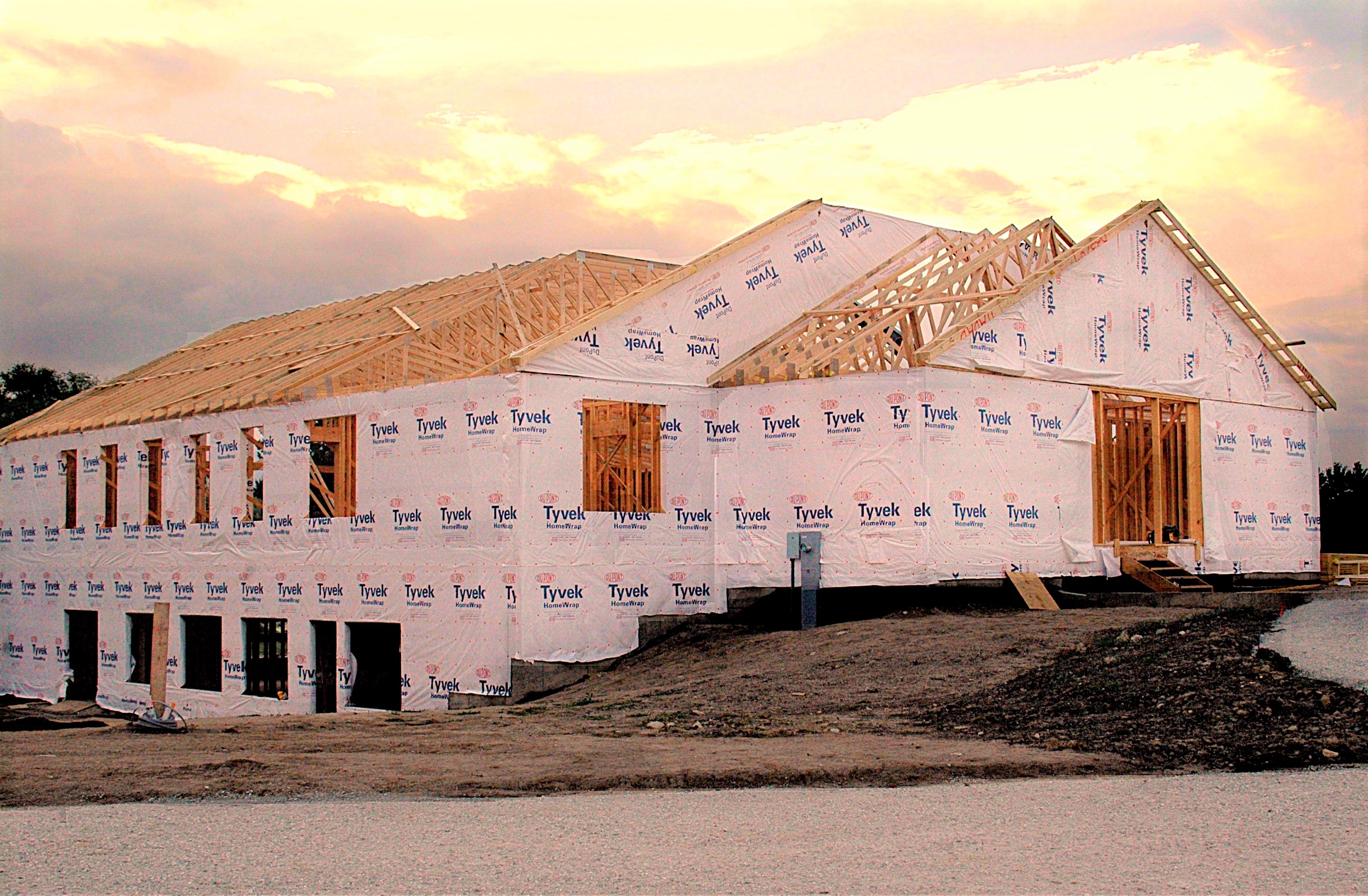 members. On July 18, 2001, the Lord led the congregation to purchase 5.9 acres of land of a former strawberry farm just off the east side of Deep Lake Road in Antioch and on June 5, 2005, the land was dedicated and the ground broke for the building of a new church home. Speakers at the groundbreaking were congregational chairman – Mike G., building committee leader – Gary Hadad, NID Circuit Visitor – Rev. Wayne Jahn, and Antioch Mayor – Dorothy Larson.

As a ministry of the Lutheran Church Extension Fund (LCEF), six couples of Labors for Christ 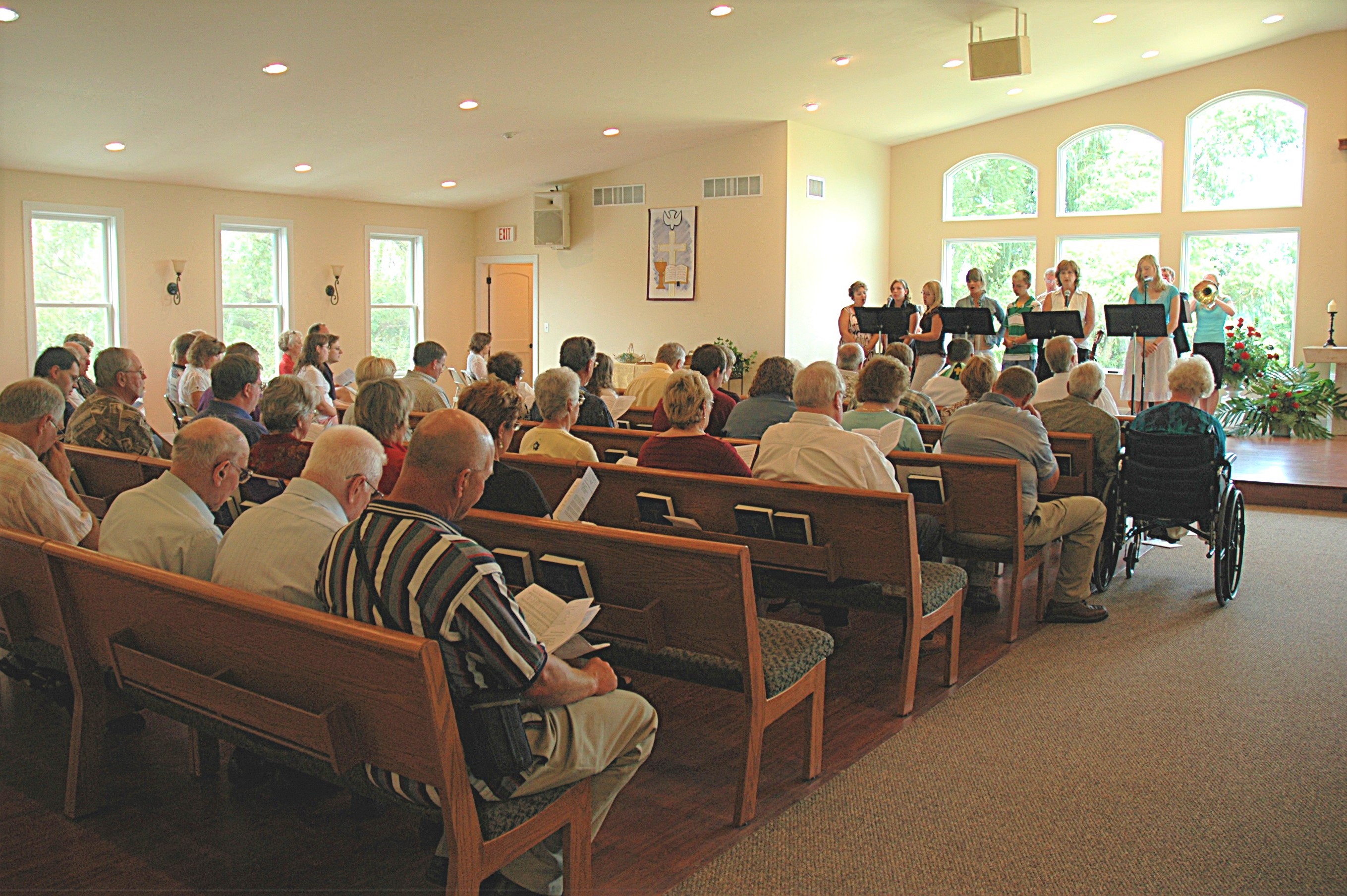 moved onsite with motorhomes and tent campers to work with the membership and build the new facility. After more than a year of countless delays, BSLC was granted an occupancy permit. It was on August 27, 2006, that the dedication service was celebrated in the new church home where the congregation now worships today.

For more than a decade after being officially established as a formal congregation within the LCMS, BSLC grew in numbers, grew in ministry, and grew in faith. In the summer of 2014 after 41 years in the public ministry, Rev. Gruen retired with a leap of faith that the Lord would continue to bless BSLC for generations to come. 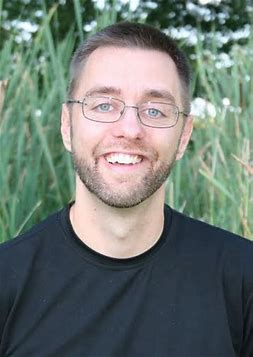 In May of 2015, Rev. Gary Scharrer accepted the divine call to serve BSLC as its second full-time pastor. Skilled in creativity and a passion for Jesus, Rev. Scharrer gave BSLC yet another boost in determination and perseverance to live the ministry that God was calling them to. But for reasons of the Lord, Rev. Scharrer stepped down at BSLC in January of 2017 to explore other ministry opportunities that God had planned for him.

Once again being vacant, BSLC took this time of vacancy to explore and evaluate their needs, values, and opportunities - it was a time of congregational reflection. In the late summer of 2018, BSLC extended a divine call to Rev. Jeffrey Lambrecht. Rev. Lambrecht accepted the call and was installed on October 7 of that same year. 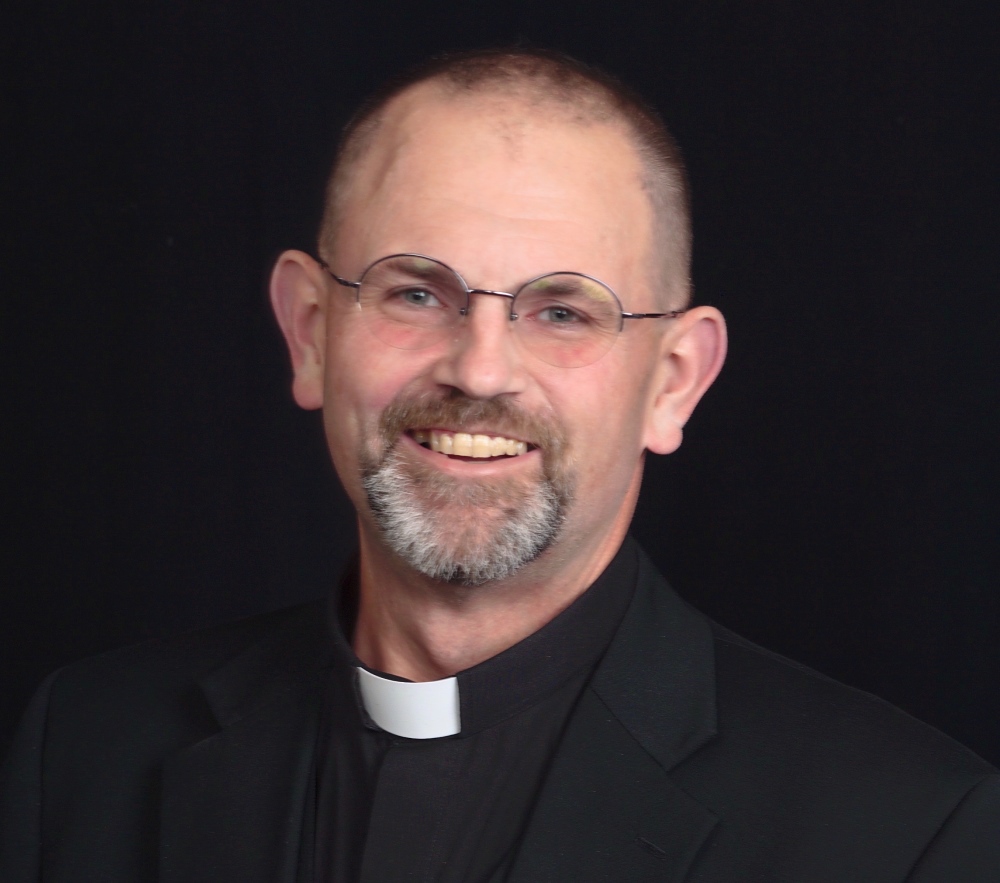 Compared to many, the history of BSLC is a short one. Nevertheless, it is a history filled with challenges and triumphs. Any way that you look at it, it is a history that shows God’s divine goodness and strength in building His kingdom to the glory of His name. It is only by His gracious hand that Beautiful Savior will continue building its history in connecting people together to a relationship with Jesus Christ. A history that can be looked forward to building for generations to come in the congregation and the community.

Register for this event

Your registration has been received.

Your email has been sent.

We have just sent an email containing a new password to login. You can always change this password by logging in and visiting the settings page.

Your request for an account has been received. Once this information is moderated you will receive an email with your account details.

We are excited you've joined the ChurchSpring family! It is our desire to come along side your ministry as you seek to reach the world for Christ. We would like to take you through a quick tutorial to get you on your way. Click continue to get started.

You have reached the limit of 6 main level navigation items. You can always rename or delete your existing main nav items to better organize your content. Consider adding pages to the sub navigation menus as well.

Are you sure you want to delete this item?

We are processing your request. Please do not click anything until this process is completed.
Thank you.

To access this module you will need to request permission

We have received your request

You will receive an email notification once your request has been approved. Thanks for your patience.

ChurchSpring Giving is Not Setup

Before you can choose the global popup option for the giving button, you must first setup ChurchSpring giving on your account.

Where would you like this button to link to?

Your gift has been received. You will receive a confirmation email with the details of your gift shortly.

Are you sure you want to delete this item?

Only display groups on this page with the following tags:

Are you sure you want to remove this member?

Removing this person from the group will not remove them from the system. You can add them back at any time.

Your message has been sent!